Pröxima is a 2D space strategy game. It takes the player on an epic journey nearby the planet Pröxima. The epic theme/story of the Homeworld series (developed by Relic Entertainment)inspired the game.

Shortly after the colonization of Mars, mankind discovered the knowledge to travel at light speed. A new era of exploration began...

‘Pröxima’ was quickly chosen as the first destination outside the Solar System. It was a small, uninhabited planet orbiting the star ‘Proxima Centauri’ in the ‘Centauri ‘constellation. The people of Earth combined their efforts and started the construction of the largest spacecraft ever built… ‘The Galician’. It would take nearly a decade to complete it.

‘The Galician’, with more than thousand people on board, embarked and began his journey on the 2nd of April 2085. After 2 years and 276 days travelling in space, the first human recon shuttle lands on Pröxima…

A day that will change mankind forever… 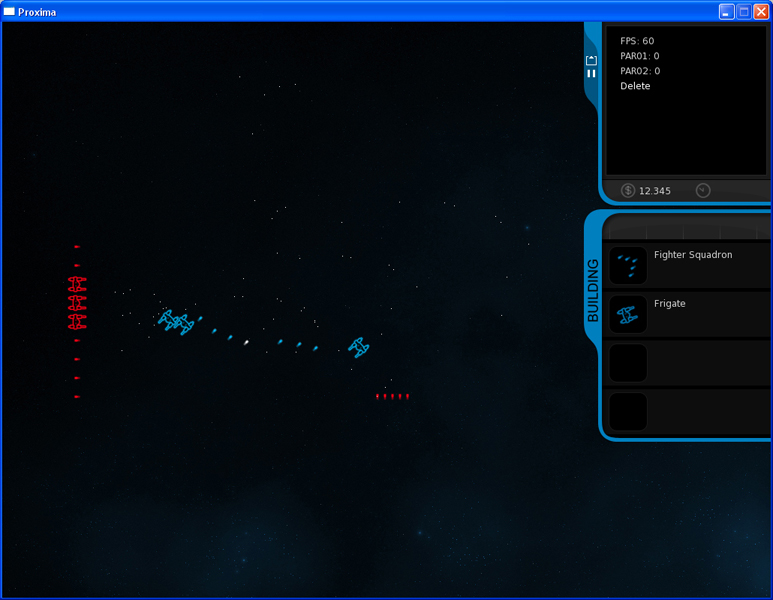