by Skere
First of all, the player/camera movement looks a bit rough at times in my game. I can't find the reason why. I already tried changing the player's step size/speed, but it doesn't seem to be the issue. My guess is that there's something wrong with the camera. I can probably fix this one myself with some more time.

More importantly, my tilemap looks a bit off. It's especially notable when it's downscaled, since it almost looks correct on fullscreen. Some lines between wood planks are a lot thicker than others.

How it should look (space between wood planks is constant) 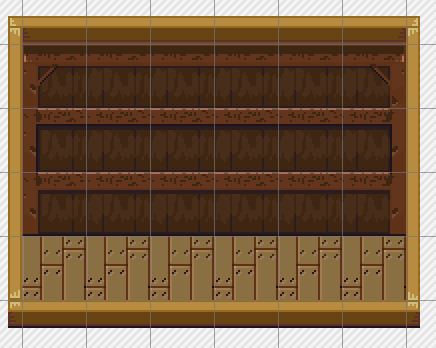 How it looks (space between wood planks is weird) 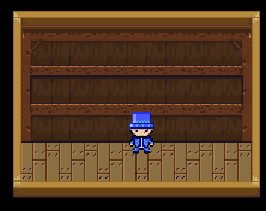 Re: Camera movement and tilemap issues

by MrFariator
The problem you're experiencing has to do with scaling: you're scaling the map and character sprites at uneven pixel sizes, resulting in artefacting and fat lines of pixels as demonstrated by your screenshot. Here are the relevant lines of code:

The first may very well result in uneven pixel sizes due to computer math being what it is, while the other outright scales the size of the spritebatch by 20%. If you change scale and sx/sy factors of those lines to 1 you get the following result: 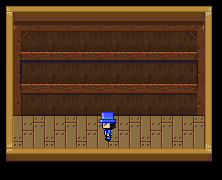 Unless you're dealing with higher resolution assets, the rule of thumb for pixel art is to only render things at 1x, 2x, 3x or so forth, or implement a way to "blur" your pixels in order to create a virtual resolution, much like how Shovel Knight did it.

Re: Camera movement and tilemap issues

by Skere
Thanks, I'll have a look at it

Edit: Solved
All times are UTC
Page 1 of 1