by nevon
As part of an assignment in my game design class, I had to create and complete a game in 4 hours. I decided to create a card game, but unfortunately, I had no one to test it out with, and as it was a strategy game, I couldn't really test it out with myself. So instead, I asked bartbes to help me create a digital game board so that we could try out the game I had invented.

Cardboard is the result. It's a 3 hour hack that lets multiple people move around images on a canvas, over the internet. 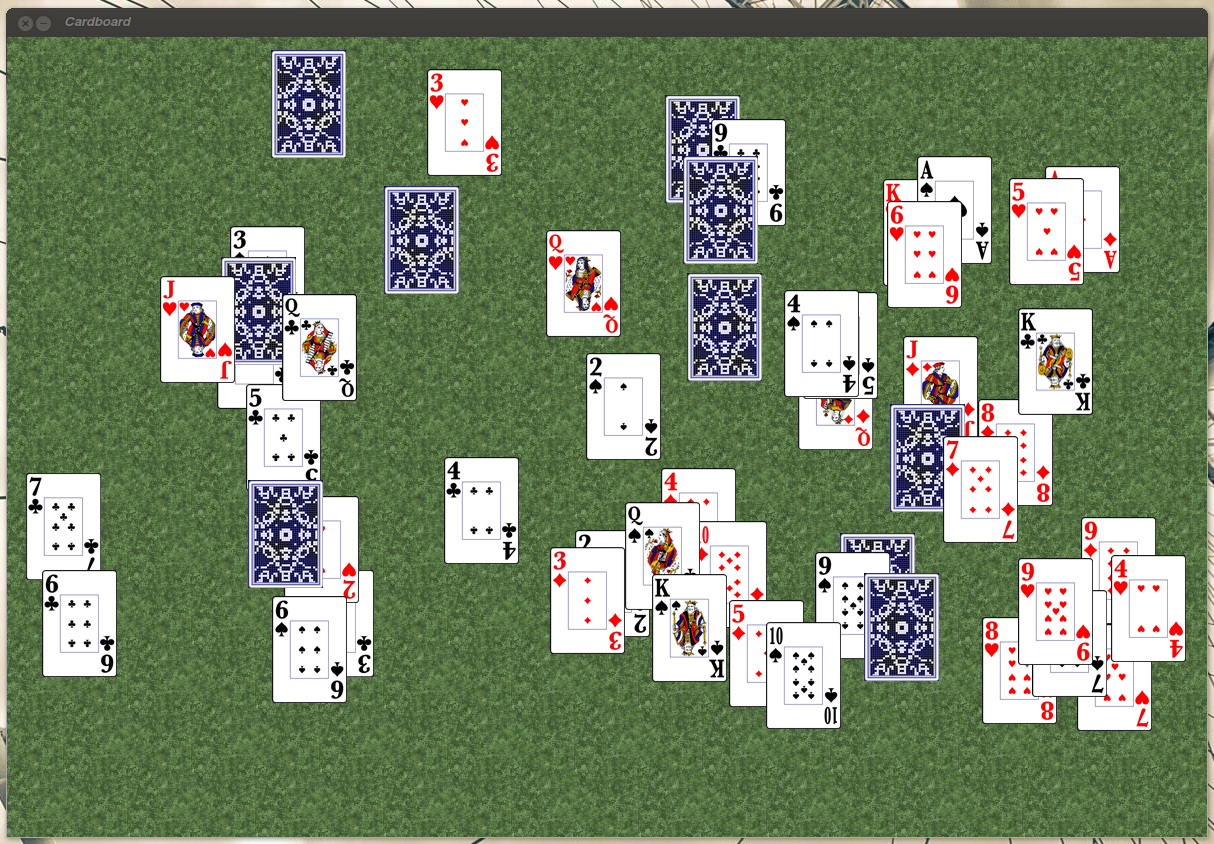 I figure it might come in handy to someone else some day, so here it is: https://github.com/Nevon/cardboard

EDIT: Essentially, it's like this, but with more bugs and fewer features.

Re: Cardboard. Mutliplayer card game board

by blackout_alex
How does one go about connecting to a server?

Re: Cardboard. Mutliplayer card game board