Show off your games, demos and other (playable) creations.
Post Reply
19 posts

Many Breakout/Arkanoid games have been made in this engine before, but none as complex as this game: 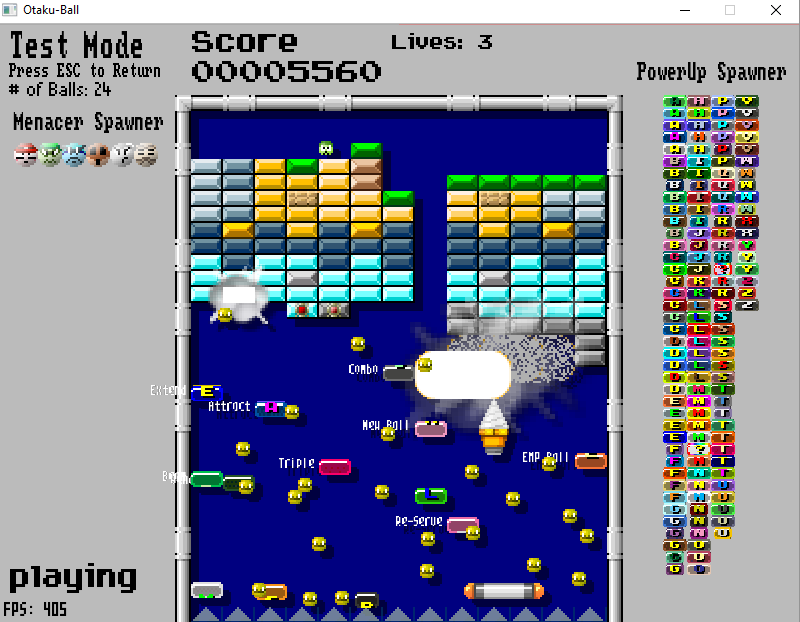 Otaku-Ball is a two-man project with Superjustinbros being the designer/artist and me doing all the coding. We have worked on this game on-and-off for about 3 years and just recently, we have sucessfully implemented all 135 powerups in this game. Therefore, I thought this would be a great time to finally release the game to the public.

This game was inspired by pretty much every Arkanoid game that ever existed. We have borrowed a lot of powerup and brick ideas from games such as: Ricochet Infinity, Alphabounce, Aquanoid... ect.

Initially, Otakuball started out as a C++/SDL game, but I made the decision to port this game to LÖVE halfway into development. And so far it has made my life MUCH easier. 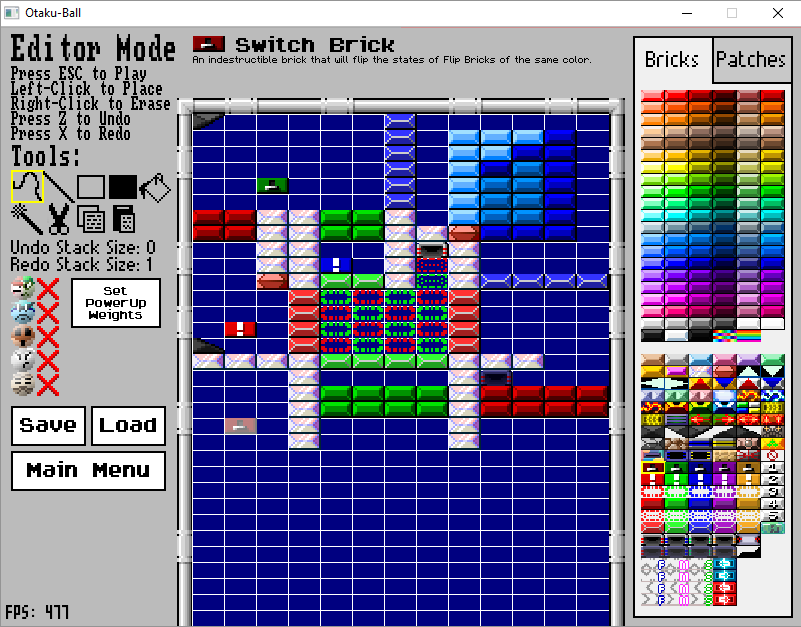 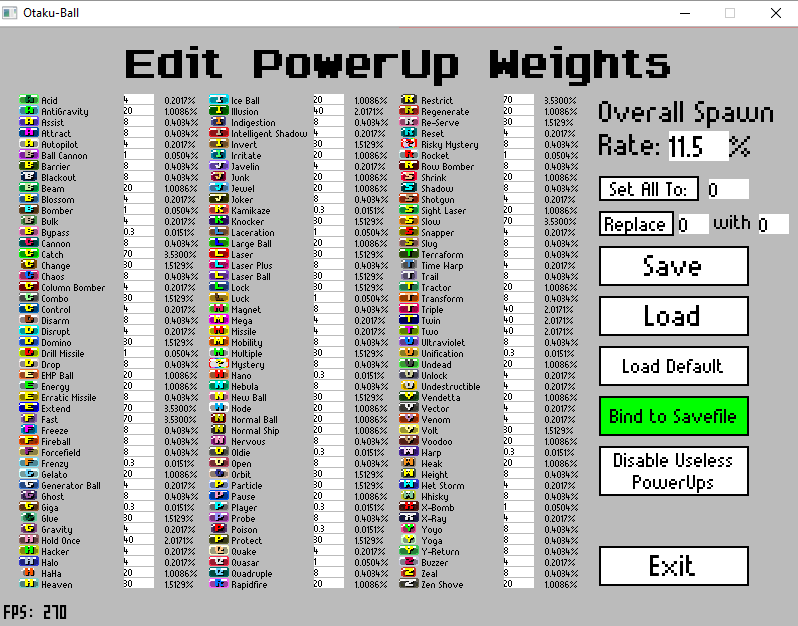 Features:
-135 Powerups
-About 40 brick types
-4 types of patches that can be placed over bricks
-Menacer Balls: Enemy balls that hinder you in some way
-40 default levels
-Level Editor
-Powerup Weights Editor
-Playlists that allows for you to play levels in sequence

About the Audio:
Neither of us know how to do audio so Superjustinbros had to rip a bunch of sound files from other Arkanoid games. We are looking for a Sound Artist/Composer to make proper sounds for this game.

THIS GAME IS STILL INCOMPLETE:
There's still a bunch of sound files missing and placeholder sprites to be replaced. Also in the future we're going to add a level progression system with boss battles. If you encounter any bugs, please let us know and we'll fix it eventually.

Download:
You can download the packaged game in the following Dropbox link. The .love file will be provided in an attachment.
https://www.dropbox.com/sh/flqfjfwmrj9i ... S8kla?dl=0

Glad to see this released! Thanks for all the hard work helping make this a reality.
Top

I haven't tried it much, but it looks great! Unfortunately, requiring lovedebug makes LÖVE (0.9 and 0.10) segfault, so I had to comment out line 31 in main.lua in order to have it running.
EDIT: that's probably because you require it before love.load; moving it there makes it work too.
lf = love.filesystem
ls = love.sound
la = love.audio
lp = love.physics
lt = love.thread
li = love.image
lg = love.graphics
Top

Well, moving require("lovedebug") to love.load seems to also disable lovedebug. That's probably why I moved it outside of love.load. Have you tried playing it on versions 10.1 and 10.2? I also modified lovedebug.lua such that the terminal opens with the tilde(~) key.
Top

Actually, just extracting the .love file to a folder did the trick, without having to change anything. Sorry about that.
lf = love.filesystem
ls = love.sound
la = love.audio
lp = love.physics
lt = love.thread
li = love.image
lg = love.graphics
Top

I enjoyed a lot playing my first round. The different power ups makes it addictive and entertaining, so I plan to keep on playing it. Great work!
Top

missed potential) Throws a bunch of errors about nil mouse and game tables and whatnot in the corner and otherwise it's just black screen.
Top

Mr. Block: How much audio stuff are we talking about? I'd be up for it if it wouldn't be that many. Feel free to PM.

Me and my stuff

True Neutral Aspirant. Why, yes, i do indeed enjoy sarcastically correcting others when they make the most blatant of spelling mistakes. No bullying or trolling the innocent tho.
Top

zorg wrote:Mr. Block: How much audio stuff are we talking about? I'd be up for it if it wouldn't be that many. Feel free to PM.

Pretty much everything in the game that's not in place: Powerup pickup sounds and powerup activation/fire sounds for the most part. You're also welcome to suggest replacement/improvement sounds to what we already have.
Last edited by Superjustinbros on Tue Jan 10, 2017 12:55 am, edited 1 time in total.
Top
Post Reply
19 posts

Users browsing this forum: No registered users and 29 guests